Interested in pursuing an American degree in France? Learn about options through IAU's degree-granting institution - The American College of the Mediterranean.

IAU is committed to delivering the highest quality experience to students from the first point of contact. If you're preparing to study abroad or plan to enroll in one of IAU's degree-granting programs, you'll most likely speak with one of our U.S. team members. We invite you to meet the team below!

Kurt Schick, IAU's Vice President of U.S. Operations, began his career at IAU in 2001. He previously served as Director of Undergraduate Admissions at Concordia University (River Forest, IL) and initially honed his recruitment skills as an admissions counselor at his alma mater, Augustana College, in Rock Island, IL. He received his B.A. in English/French from Augustana in 1990 and obtained his M.S. in Organization Leadership from Regis University in 2016.

Since he began at IAU, Kurt has overseen IAU's Admissions operations, focusing on developing new institutional partnerships and enhancing existing ones. Under Kurt's leadership, the admissions office has grown from a two-person office to a staff of ten. With IAU's expansion into Spain, the inclusion of multi-country January term programs, the addition of faculty-led programming, and the options of degree programs, enrollment at IAU gone from 300 per year to more than 1,000 students.

In 2016, Kurt took on the role of Dean of Alumni Affairs, leveraging the robust network of over 20,000 alumni with the goal of increasing IAU's endowment and scholarship opportunities for future students. Hosting regional alumni receptions and follow-up from IAU's incredibly successful celebration and alumni reunion - held in  2017 at IAU's Aix-en-Provence, France campus - have proven to be successful strategies.

Jeff is the Chief Financial Officer and brings to the role a strong financial acumen including strategic thinking, business strategy development, financial planning, and applying financial concepts to support judgment and sound business decision-making. He has 25+ years of experience working at global organizations such as IBM, Ricoh, Dell, and UT Austin.

Most recently, he served as the inaugural Chief Financial and Administrative Officer at Texas Global, the unit responsible for international study, internship, and service-learning for the University of Texas at Austin. In this role, he oversaw all financial matters for the enterprise including budgeting and forecasting, gift and endowment compliance, contracts administration, internal controls, and personnel.

He enjoys traveling, cooking, baking, and has a sincere appreciation of diverse cultures. Jeff received his MBA from St. Edward’s University, BBA in Accounting and Finance from Texas A&M University and is a Certified Public Accountant. He lives in San Diego with his partner, Daniel. 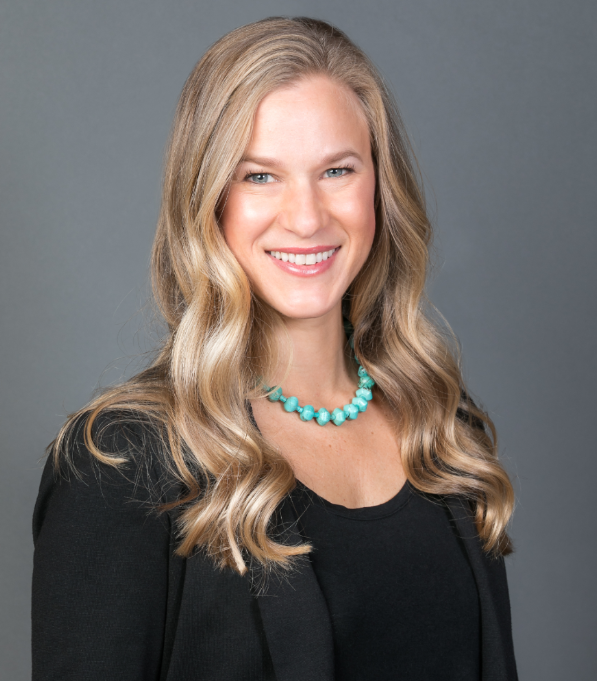 Jessica Calhoun joined IAU in 2019 as the inaugural Assistant Dean of Admissions and Alumni Affairs. In 2004 she received her BA in Spanish and Latin American Studies at the University of San Diego (USD). Shortly thereafter in 2006 her Master's of Arts in Teaching followed from Chapman University, and in 2014 she received her Doctor of Philosophy in Leadership Studies from USD. Jessica's specialization is in higher education administration and organizational leadership, which perfectly poises her to lead IAU's growing U.S. Office in San Diego, CA.

As a seasoned international educator, she's conducted research and shared her findings and expertise at numerous conferences including The Forum on Education Abroad, NAFSA, AIEA, and CIEE to name a few. She served as the Associate Director of International Studies Abroad at USD from 2007-2019, and prior to that served as a Program Manager and Assistant to the Associate Provost for Internationalization. Jessica speaks Spanish fluently and has a working knowledge of Italian.

Jude Caywood has been at IAU since 2015 and currently manages IAU's programs in Barcelona and Madrid as well as all January term programs.  Before overseeing IAU's January term and Spain programs, Jude managed the development, creation, and logistics of custom and faculty-led programs as the Coordinator of Custom Programs. Jude holds a B.A. in Interdisciplinary Humanities with minors in French and Women's & Gender Studies from the University of San Diego. She speaks conversational French. 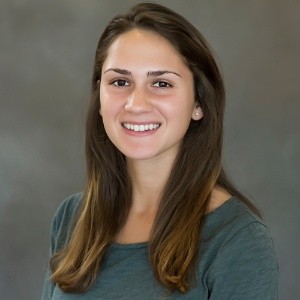 Jenn Nativo is a 2016 A of IAU and her passion for international education truly solidified when she studied abroad in Aix-en-Provence, France as an undergraduate, and shortly after completing her MBA in 2018, she took the role of Admissions Counselor with IAU's U.S. Office of Admissions. She has maintained a steady background in student advising in a range of settings for students of all ages, including in undergraduate career offices and business departments at her alma mater. Throughout her career at IAU, Jenn has worn many hats in advising, finance and administration, financial aid, and university relations and continues to expand her international higher education portfolio. As an Associate Director, Jenn currently oversees the management of IAU's study abroad programs in France and Morocco and acts as a liaison between IAU and partner institutions. Jenn graduated from Fairfield University with a B.S. and an MBA concentrating in Management (Minor in French). She speaks conversational French.

Derek Brendel joined IAU in 2021. As an Admissions Counselor and Study Abroad Advisor in the San Diego office, Derek manages admissions and enrollment of ACM’s degree programs as well as assists with the management of IAU’s growing offerings in Madrid, Spain. Derek has 10+ years of working in international education including on-site program management, co-curricular planning and execution, and international student support. As a student, Derek studied abroad twice as an undergraduate and completed a graduate program in the United Kingdom. In his free time, Derek enjoys leisure sports, purposeful travel, and specialty coffee. He speaks conversational Spanish.

Christina Tran joined IAU in 2022 as the Coordinator of Degree Programs and transitioned into the Admissions Counselor/Study Abroad Advisor role in early January 2022 where she helps advise for IAU's programs in France and beyond. She studied in Lyon, France on the Benjamin A. Gilman Scholarship and later returned to France to teach English with TAPIF. She graduated from the University of North Carolina at Charlotte with a B.A. in French and received her M.A. in International Education Management from the Middlebury Institute of International Studies. From working at her alma mater's Office of Education Abroad to building an alumni ambassador program at Campus France USA, she has always been passionate about international education. She speaks conversational Vietnamese and French.

Carmen Ortiz (she/her) started working as an Admissions Counselor and Study Abroad Advisor at IAU in 2022 and manages the application and advising processes for IAU’s France-based programs. She holds her Bachelor of Arts in Linguistics and Global and International Studies from the University of Kansas and has worked in international education throughout her career. She has previously worked at her alma mater in the study abroad office and Office of Multicultural Affairs. She also worked for a study abroad company leading programs in Sydney and Cairns, Australia. Carmen studied in France and the Czech Republic while in college and is a huge fan of traveling, cooking, and music. Carmen speaks English and French and is currently learning Spanish and Hindi.

Lindsey Ruth (she/her) began working as an Admissions Counselor and Study Abroad Advisor at IAU in 2022 and manages the application and advising processes for IAU’s Barcelona programs. Lindsey is from Southern California and graduated with a Bachelor of Arts degree in Business: Leadership & Management and Business: Human Resource Management from Portland State University in Portland, Oregon. Her enthusiasm for international education was solidified while studying abroad in London, England. Before starting at IAU, she was an intern with the Fund for Education Abroad and the Foundation for International Education, where she gained an understanding of the industry and realized her passion for making cross-cultural experiences accessible to all students. She has also worked in various positions within higher education, including experience as a Resident Assistant and Housing Ambassador at her alma mater. In her free time, Lindsey loves to read, play the guitar, and go to the beach.

Dr. Morales joined IAU in 2022 and currently helps oversee the management of IAU's custom and faculty-led programs across all locations. Before starting at IAU, Fiorella primarily worked at the University of San Diego (USD) in a variety of roles for the School of Leadership & Education Sciences. She completed her PhD in Leadership Studies at USD in the Fall of 2022 and her dissertation focused on multicultural identity experience in the workplace as it pertains to diversity, equity, and inclusion. Fiorella holds a bachelor's degree in Behavioral Neuroscience from USD, and a master’s degree in Higher Education Leadership with a Specialization in Student Affairs from San Diego State University (SDSU). She has worked as an International Engagement Coordinator at SDSU, where she developed customized faculty-led programs and worked with a diverse student body in study abroad advising and programming. She has also led and facilitated various immersion trips abroad in Europe, Latin America, and virtually, with high school youth from around the world for World Learning since 2017. Fiorella is an Alumna of IAU of Spring 2015, and she also interned with IAU at the San Diego office upon her return from Aix. Fiorella is fluent in English, Spanish, and is advanced in French.

Rebecca Coyle, a 2005 Alumna of IAU, has been the Associate Director since August 2012. She helps oversee IAU's customized programs, coordinating their budgets, itineraries, and logistics. Prior to coming to IAU, she served as a Study Abroad Program Coordinator at USD for five years, advising for programs in Latin America, Spain, and France. Rebecca has a B.A. in Spanish and International Relations (Minor in French), and an MBA in International Business and Management from the University of San Diego. She speaks Spanish and French.

Leslie joined IAU in early 2023 as the Coordinator of Custom  Programs. Prior to IAU, Leslie held various positions at her alma mater, the University of San Diego, where she gained experience in admissions, project management and advising. In 2021, Leslie earned her B.A in Sociology (minor in architecture) and will graduate with an M.S. in Health Care Informatics in May 2023 from the University of San Diego. Her passion for international education stemmed from her study abroad participation as an undergraduate student and externship opportunities abroad. Leslie is fluent in Spanish.

Greg Grassi serves as the Recruitment and Marketing Specialist for ACM's degree-seeking programs. He has a BA in Psychology and Spanish from the University of San Diego (USD) and a Master of Social Work with an emphasis in educational counseling from San Diego State University (SDSU). Prior to joining ACM, Greg worked for over 11 years as the Associate Director for International Students and Scholars at USD where he supervised J-1 exchange programs, led pre-arrival and orientation programs, managed the international student health plan, and advised international student leaders. In this role, he worked closely with Admissions to help recruit and retain students from abroad and developed a reputation as a strong student advocate, mediator, and mentor. Greg’s passion for international education began as an undergraduate student when he interned at the USD Study Abroad Office and then studied and worked at USD’s Guadalajara, Mexico summer program. He later completed a post-graduate semester in Madrid, Spain through New York University. Greg speaks fluent Portuguese, advanced Spanish, and basic Italian. He is currently eating something delicious or planning his next meal.